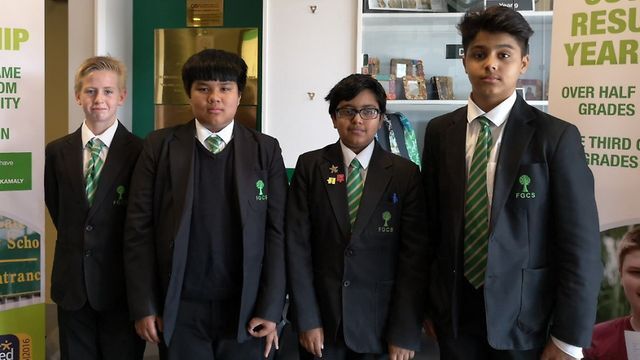 Talented FGCS students impressed some of the world's top engineers and won £1,500 for the school with their plans to eradicate air pollution caused by cars and lorries. The four-strong fought off tough competition from schools across London to take the first prize in The Bright Ideas Challenge regional final. The winning team's bright idea was to introduce windows that capture solar power which could be used in buildings as a more sustainable energy source.

James Lynskey, Rayan Junaid, Usman Ahmed and Eric Tadlas, all 12, will donate their prize money to the school's STEM department. The team will now get the chance to prototype their idea when they compete against 12 other schools from across the country for the £3,500 first prize in the VIP STEM experience final.

Read the full story in the Newham Recorder: